Ahh, it’s the luck of the Irish (spoken in an Irish accent)! It’s no blarney, this is the World’s Shortest St. Patrick’s Day Parade in historic Downtown Hot Springs, AR. If you are looking for a great time celebrating St. Patrick’s Day, you have got to make plans to come to next year’s parade. So much fun!

It may be the World’s Shortest St. Patrick’s Day parade in distance at only 98 feet long on Bridge Street, but it is not a “short” parade by all means. It has a lot of great local and national representation which lasts over an hour. It’s sort of Mardi Gras for Hot Springs, AR. People come from all over America to see this event.

They have national talent throughout. The Grand Marshal for 2019 was the “Karate Kid” Ralph Macchio. The teenage heart throb for many teens of the 80’s and 90’s. He was having fun throwing beads into the crowd. Can’t leave out the eye candy for the men…Dallas Cowboy Cheerleaders!

With three days of events this weekend, it was well worth the drive in. Friday was the first ever Zero K race followed by live entertainment at O’Kelley’s Pop Up Pub. Saturday had more live entertainment which included a Smash Mouth concert in historic downtown Hot Springs. St. Patty’s Day is the big events such as Kiss the Blarney Stone, Cowboy Cheerleaders pre-show, the Parade at 6:30, and finishing up with more great live music; this year with Three Dog Night. All this free entertainment, who wouldn’t want to go!

Heads up along the parade route. Tons of candy and beaded necklaces are thrown, along with t-shirts, plastic cups and hamburgers (yes, I said hamburgers). One lady in the balcony of the building behind us, caught a burger just after the tin foil wrapper fell off of it. The crowd went wild! The parade ended with the tremendous tater pictured above.

You can find out more about the World’s Shortest St. Patrick’s Day Parade by visiting their site.

1 thought on “Luck of the Irish visits Hot Springs, AR” 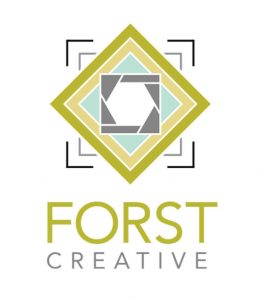